This is a clicker, fill the sun with plasma. This is just a mini simulator. Don't expect miracles from this game:)

I'd like to preface this by saying, the game looks nice and I bet it could be really fun, but...

Clicking on the plasma button doesn't seem to do anything but raise combo, and I can't figure out what that's for.

I can't read the last two screens of the tutorial, the buttons make the text impossible to make out.

I spent half an hour clicking the particle button and upgrading stuff for no reason. Two black holes showed up a few minutes in, but I didn't know what they were so I ignored them. Eventually they went away, but after that nothing else happened.

I'm hoping that's just some weird bug, because I like the idea of making a sun. I tried to start a new game in case I missed something, but the tutorial just played again and put me back in the same game. 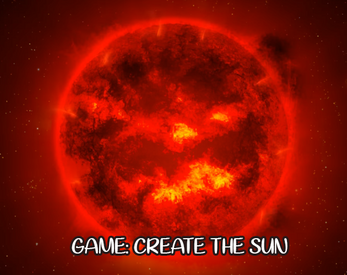